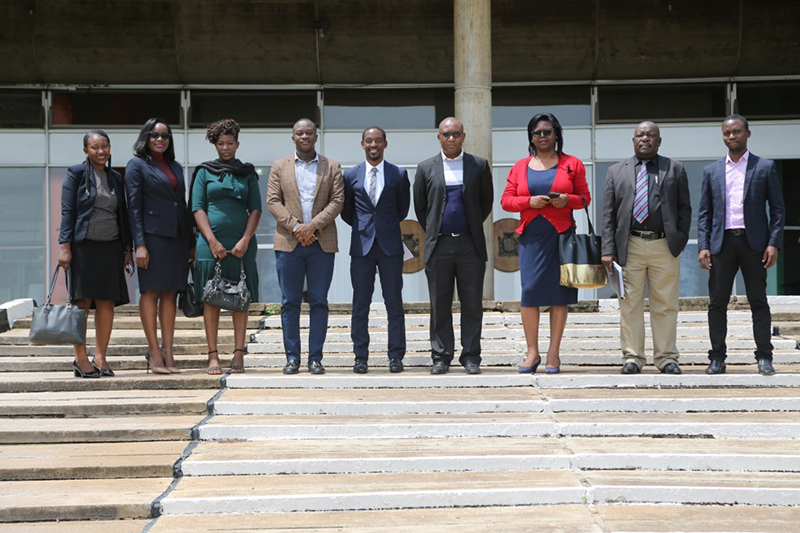 SUBMISSION TO THE COMMITTEE ON AGRICULTURE, LANDS AND NATURAL RESOURCES OF THE NATIONAL ASSEMBLY ON ZAMBIA’S RESPONSE TO THE IMPACT OF CLIMATE CHANGE ON THE AGRICULTURE SECTOR FROM THE ZAMBIA CLIMATE CHANGE NETWORK

Globally, climate change has become a challenge affecting many developing nations including Zambia. The impacts of Climate Change are usually adverse for developing nations due to the high levels of vulnerability coupled with low adaptive capacity. Climate change threatens the ability of countries to meet their developmental goals. Effects of climate change include drought, flooding, extreme temperatures affecting key sectors of national development such as energy sector, food security, health, water sources, industrial processing among many others. The agriculture sector is the most vulnerable sector to climate change effects. The Zambian government has made an effort to address these effects by coming up with mitigation and adaptation strategies.

The effect of Climate Change is already affecting temperatures and precipitation in Zambia. Warming has been especially noticeable during the winter months. According to Zambia's Meteorological Department, the 2016 high temperatures ranging from 30°C to 38°C across the country attest to the fact that was established in 2006 of increasing temperatures. Furthermore, Zambia's average annual rainfall decreased by an average rate of 2.8 mm per month per decade since 1960, primarily due to decreases in rainfall from December to February and this has greatly affected crop production and household food security. Some communities in rural areas are in chronic food deﬁcit and always face moderate food insecurity due to low production and high levels of poverty. According to the Disaster Management and Mitigation Unit’s (DMMU) Vulnerability Assessment Committee’s 2019 report (ZVAC), about 2.3 million people in Zambia are likely to face acute food insecurity in the projected period of October 2019 to March 2020.

Crop production is threatened by Climate Change due to changes in rainfall patterns and temperatures. Apart from affecting crops, the rising temperatures and associated decreases in rainfall have also reduced foliage for cattle and other animals that depend on grass for their survival. Households that depend on cattle for their livelihoods face difficulties in sustaining their livelihoods when their livestock die. They become vulnerable to Climate Change impacts as a result of reduced livestock that normally is an alternative to crop production and income.

Other adverse effects of Climate Change include loss of natural environment, damage to infrastructure and disruption of biodiversity. According to the 2011 study on the economic impacts of Climate Change, a GDP loss of USD 5 billion is estimated over a 10 – 20 year period. An assessment of potential climate impacts shows that they will seriously undermine the efforts to improve the livelihoods of Zambians if left unaddressed.

The entire submission to the Committee on Agriculture, Lands and Natural Resources of the National Assembly on Zambia’s response to the impact of climate change on the agriculture sector by the Zambia Climate Change Network can be found and downloaded at https://caritaszambia.org/index.php/publications/key-papers/file/148-zambia-s-response-to-the-impact-of-climate-change-on-the-agriculture-sector-from-the-zambia-climate-change-network